Surveillance equipment for business use. 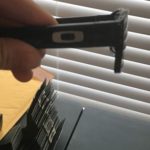 Spy camera glasses are equipment of spy movies. The only thing that is even more disturbing than the fact that they are used in everyday life, is the possibility that there is enough corresponding demand to justify what seems to be an important international market for it. Instead of being the reserve of some backwoods […]

Hidden Spy Cameras are an essential piece of spy equipment. Whether you need it for surveillance or as a piece of counter surveillance gear, hidden spy cameras provide you with a high level of security and advanced protection, be it for your home, business. They will help to safeguard your property and your loved ones […]

Internet cameras go by a lot of different names. You might hear them referred to as "IP or "internet protocol" cams, "network cameras" or "webcams. " Whatever you choose to call it, an internet cam is a camera that sends and receives data over a local area network (LAN) and/or the internet. Surveillance cameras can […]

Body cameras represent a significant investment. In the last two years, the U.S government has spent more than $23 million buying body cameras for local and state police departments. This week, the Department of Justice put up another $20 million in grants . Do Body Cameras Reduce Crime ? Body cameras thus prove themselves to […]

2017 will be the year of many terrorist attacks and the new president will need more mobile monitoring gadgets. When it comes to keeping tabs on someone’s cellphone, nothing beats the Hawk Mobile Monitor. You can use it to keep an eye on your employees if they have a cellphone for work, or to make […]

In the wake of recent events, many states are considering law enforcement body camera policies. EPIC opposes the use of "police cams" and warned Congress that body cameras could "become the next surveillance technology disproportionately aimed at the most marginalized members of society. As police forces increasingly use body cameras to film potentially problematic encounters […]

In the aftermath of a senseless and tragic act of terrorism like the Boston Marathon bombing, proposals to greatly increase law enforcement’s surveillance capabilities, even to the point of achieving around the clock blanket monitoring of large amounts of public space, may seem like a rational and wise response. But it is precisely at times […]