Covert surveillance is the act of watching somebody or something without their knowledge; it is more like spying. Their uses have become very common in the current days with a lot of security firms, government security agencies and individuals using them to carry out their investigative and law enforcement operations. It is mainly installed to spy on a group of persons or an individual who is suspected to be secretly engaging in illegal activities. Today, most criminals have become very smart using every means to cover their tracks which make it difficult for the law enforcement agencies to have enough grounds to warrant for arrest. Convert surveillance is the best way to gather information which when collected and analyzed with other information can inform you on an individual behavior or the real state of a particular situation.

Covert surveillance is generally performed by government agencies, private investigators or business owners. Intelligence organizations such as the CIA and MI6, participate in surveillance to obtain information for national security interests such as counter terrorism. Law enforcement agencies such as the FBI or the INTERPOL also perform surveillance. They concentrate on observing suspected criminals.

Covert surveillance is undetected surveillance. Undercover detectives usually conduct this type of surveillance. It may involve trailing a target or using a piece of equipment, like a GPS tracking device, on a company truck or automobile without the company or driver’s knowledge (provided this it does not violate the laws within that state).

Covert surveillance occurs when someone or something is being observed without knowledge. People who are under surveillance are most often under suspicion. Locations and buildings are primarily observed because of suspicious activity or to obtain information about a suspect.

Covert surveillance is the subject of one of my very favorite movies “The Conversation” directed by Francis Ford Coppola and starring Gene Hackman. The film is about an audio surveillance expert who is paid to secretly record a couples conversation. He begins to wonder what the tape will be used for and becomes obsessed with the conversation between the two people.

Very often, our covert surveillance services are used by people with matrimonial problems. If your spouse or the person you’re dating is absent a lot without explanation, if they have been deleting internet history or emails, and if they can’t give you a real explanation when you question them, it’s human nature to question whether they’re being faithful.

Many business owners participate in covert surveillance of their employees and customers. Observing employees while they are working gives business owners valuable information, such as employee production and employee theft. Covertly observing customers can aid in marketing and research efforts and most importantly account for loss due to theft in retail businesses. Retail businesses can also use information obtained through covert surveillance to prosecute shoplifters.

Lawmate cameras are very helpful when it comes to a range of convert surveillance tasks. Convert lawmate cameras are very compatible with the wide range of Lawmate DVRs among other gadgets. One of the biggest reason that saw great advancements in convert cameras development occurred when Lawmate opted to integrate 800 camera sensors and 1mm wide lenses in their new convert camera models. There have been further more developments and innovation in this field of cameras and one of the best example of lawmate camera that have been reinvented to perfection is the button convert camera.

But, when it comes to spy cams I have found that it is better to pay little more. I used to use the overseas models. I’ve done a lot of work with law enforcement over the years and they turned me on to LawMate covert cameras. It’s trusted by law enforcement and recognized by the courts, which is only really an issue if the apposing counsel is being a dick. It’s as good as my Sony Handycam. They are about $295.00 to $395.00 but they don’t usually break and have a warranty when they do. 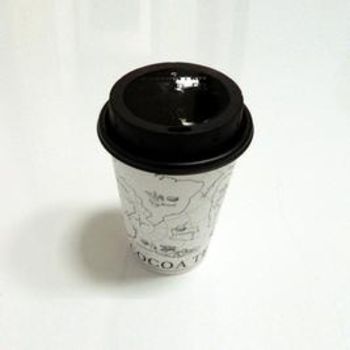 Whether you are a tea or coffee lover, it does not matter as the lid fits most standard coffee to go cups. It is practical and can be used as many times as needed which makes it ideal for indoor as well as outdoor use.

The recording is manual via one button and can be done continuously for up to 150 mins. It supports up to 32GB SD Cards and comes with a USB cable for data transfer.