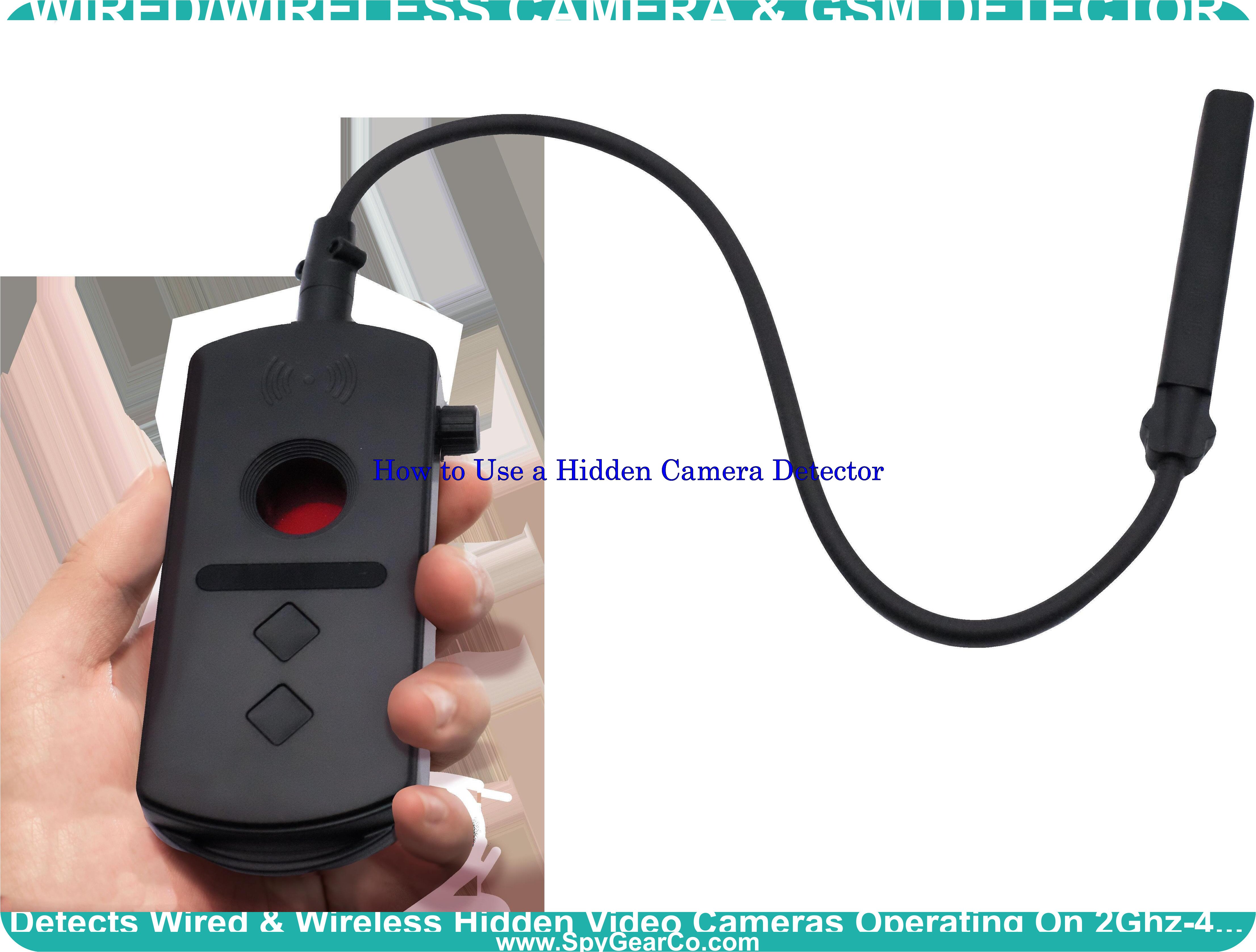 If you suspect your home is being watched by someone else, a hidden camera detector is a great way to catch them. These devices detect RF signals, which are used to transmit wireless information. These signals are typically used by cellular devices and remote control cars. Hidden cameras transmit video feeds to external devices so they can be watched live or recorded without your knowledge. These devices detect these RF frequencies and are often referred to as bug sweepers or lens detectors. You can select the sensitivity level to match the location you are trying to monitor. Find More Information About WIRED/WIRELESS CAMERA & GSM DETECTOR Here

Alternatively, you can use an app to detect hidden cameras. These applications work by detecting various kinds of hardware, such as wireless cameras. The app will display a red glow when you’re near surveillance equipment. You should listen to the device without making a noise, as the camera will likely start recording the moment you enter a room. This method is particularly effective if the camera is hidden in the ceiling or on a window.

Our first instinct when we think of surveillance is the desire to spy on other people, but we don’t always consider the idea that someone else might be watching us. Whether you are at home, at work, or even in your own car there might be a surveillance device watching and listening to you right now. That’s why you need the Best Hidden Camera Detector

Wouldn’t you like to find these covert devices and put a stop to their prying eyes? The WIRED/WIRELESS CAMERA & GSM DETECTOR is the counter surveillance device for you. This unit detects frequencies from 2GHz to 4GHz.

With this hidden camera detector, you can choose between using RF detection and using the lens finder. By simply looking through the red lens, you can see the light reflect off any hidden camera lenses. A sample camera lens is included with the kit so you can test out the lens finding mode and know what to look for.

This device even has a built-in sensitivity adjustment allowing you to detect both strong and weak signal strengths.

Scanning is even automatic once you turn on the detector. With the optionable vibration mode, you won’t be able to hear the detection alarm while you are on the hunt, the unit will instead vibrate. The internal Li-Ion battery allows up to ~5 hours of operation.

This device also allows you to detect GPS trackers with the included magnet wand. Simply plug in the magnet wand and start scanning with it. The device will vibrate and the signal LEDs will light up based off the strength of the magnetization that the wand is detecting which can help you to detect where a hidden GPS tracker may be placed on your vehicle.

So next time you have the sneaking suspicion that someone is watching you, let the WIRED/WIRELESS CAMERA & GSM DETECTOR find all those spy bugs for you.